More than an extension of the duo, Naragonia Quartet has developed a separate repertoire and unique sound. They are guaranteed to provide an evening of beautiful, energetic music for a concert or dance. Maarten Decombel (mandola and guitare) and Luc Pilartz (violin) join Toon and Pascale to create a musical universe with a festive atmosphere. 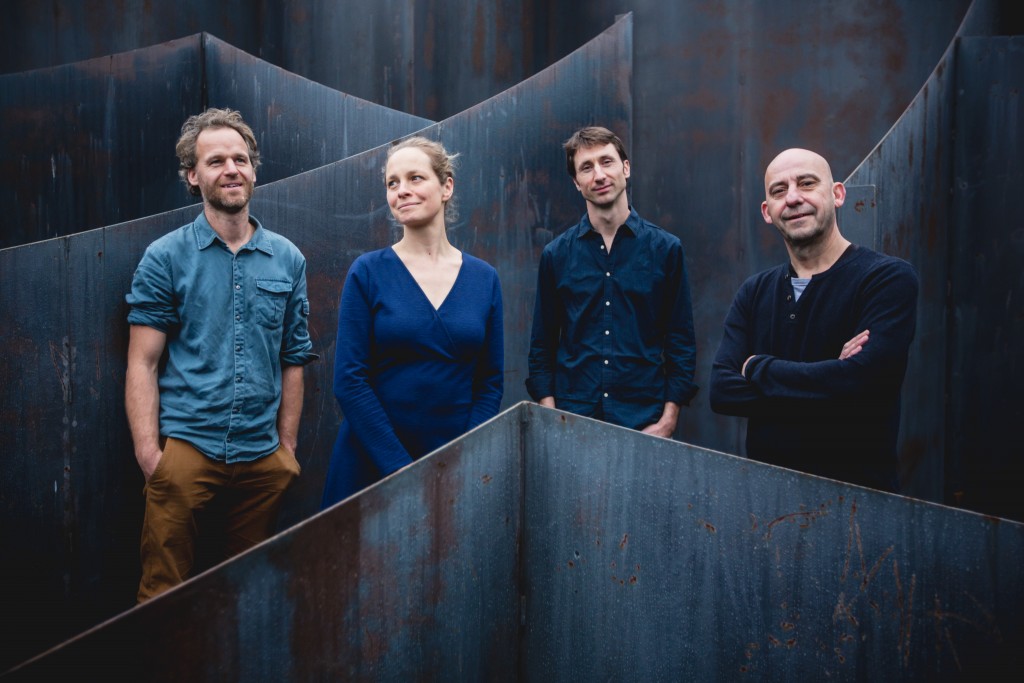 Luc Pilartz is a very active musician in the folkscene since 30 years He was or is a member of many legendary belgian folkgroups as Verviers central,
Panta Rhei, Trio Trad, Musique à neuf, Violon populaire en Wallonie, Trip to Ireland… He also played as a guest with Urban Trad, Ialma, Carlos Nunez, Photis Ionatos ( rebetiko ), Perry Rose, Faran Flad, José Van Dam, Bernard Foccroulle, etc… He played a lot in Europe, but he did as well many concerts in Canada and NorthAfrica. Luc is teaching the French bagpipes and the violin at l’Académie internationale d’été de Neufchateau.

Maarten Decombel has had diverse musical tastes since his youth. He began playing music as a nine-year-old, and discovered folk music as a teenager and studied classical guitar with Yves Storms, then jazz guitar at conservatory. Now he plays with his bands Snaarmaarwaar and Göze, and with Naragonia Quartet and MANdolinMAN. Recently, Maarten has been working with his own trio and recorded the album “October Sunrise” on Home Records. In the past, he has played with Griff, Rémi Decker, Urban Trad, Christian Merveille and Les Tisserands. His concert performances have taken him throughout Europe and to China, Canada, and Japan. Maarten’s style is a unique pairing of driving energy and delightful lyricism. He is in demand as a teacher of folk guitar and ensembles and teaches at the Deinze music academy.